Find Your Footing For A Journey To An Excellent Education

Redshirting is a popular practice in the American school system. It involves holding your 5-year-old back from attending kindergarten for an extra year, sometimes due to your child's birthday and the school cut-off date, and sometimes for other reasons. Whatever your reasons for entertaining this option, it's important to consider all sides of the issue and make your best and most informed decision.

Avoid Redshirting for the Wrong Reasons

If you want to give your child an edge in the classroom or on the sports' field, it may be time to reconsider your reasons for redshirting.

The research behind redshirting shows that children held back in Kindergarten usually don't receive long-term benefits. In fact, the benefits to redshirting usually fade by middle school. When considering your reasons for redshirting your 5-year-old, it's important to keep in mind that they likely won't be dominating in the classroom and on the field for long enough to make a difference in their futures. That's not to say that academics shouldn't be considered in your decision, but they shouldn't be the only consideration you make.

Consider What's Best for your Child – Academically and Emotionally

As a parent, you always have your child's best interests at heart. When redshirting, however, there's more than just academics to consider when doing what's best for your child.

For some children, redshirting allows them the chance to mature which will lend to greater academic achievement, and it will also mean they'll fit in emotionally with their peers. So, what should you be looking for when considering maturity and asking yourself whether redshirting is best? First, you'll want to talk with any of your child's preschool teachers or daycare providers. These professionals can help you to understand best where your child stands in the classroom and whether they can academically and emotionally handle kindergarten or preschool daycare.

Making the Final Decision – Putting the Pieces Together

You've now considered the reasons for your wanting to redshirt your 5-year-old. It's now time to put the pieces together and look at the bigger picture.

There's nothing inherently wrong with redshirting, but unless your child is struggling significantly with schoolwork or is having difficulty regulating emotions and maturing, redshirting doesn't hold many benefits. This is why it's important to take a look at the bigger picture and consider the immediate benefits to redshirting instead of any future ones. Whatever decision you make, trust that it's the best one for your child because you've considered all of your reasons and taken stock of your options.

If you'd like to learn more about redshirting and whether it may be right for your child, consult with your child's preschool teachers and pediatrician. 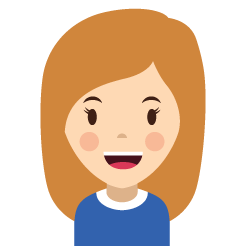 Hello, I'm Jaden Turay. Welcome to my site. I'd like to lead you through the complex world of education through this site. Knowing just how to proceed to secure the education you deserve can confuse and frustrate even the best of students. The process is especially frustrating for people who are the first in the family to obtain a higher education. The inability to lean on family for answers can make the pursuit of a good education feel hopeless. Thankfully, it doesn't need to be that way. You can follow my site to obtain all of the answers you need about obtaining a good education. I will cover school quality, program types, majors and minors, class variations and funding options. I will frequently discuss the various ways to apply for scholarships, loans and fellowships that will fund your education from the ground up. Please check in often.